Just Diagnosed with an STI? Here’s How to Stop Freaking Out 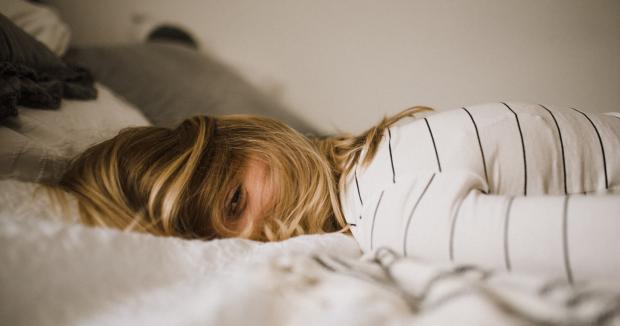 A lot of people are scared of sexually transmitted infections (STIs). And that makes sense. Sex ed at school in the United States tends to focus on the potential risks associated with sex and frames these risks as life-ruining. You even may have seen photos of STI breakouts that were selected to scare you. But the reality of most STIs is very different from what most sex ed and late-night Googling would have you believe.

The thing is, those photos? Most of them are real, but they don’t show the average experience of a person with an STI. Some people—especially those with compromised immune systems—have very intense STI breakouts that cause their genitals to be covered in sores or warts. But that’s not the norm for most people with STIs.

In fact, many people with STIs don’t have any symptoms at all. They get an STI, maybe pass it on (or maybe not), and their body clears it on its own. The downside of not having symptoms, of course, is that some STIs—including chlamydia, gonorrhea, and syphilis, which are super common—can cause infertility if they’re left untreated, particularly in people with uteruses. And if you don’t have symptoms, you could pass on an STI without even realizing you have one. (It’s worth noting here that if you have any questions about your STI status, or are looking for methods of birth control that can protect both you and your partner(s), visit your nearest The Right Time health center.)

Herpes, for example, is one STI that often doesn’t show symptoms. Some people with herpes experience one breakout that’s too small to notice or that they mistake for something else. And then they live with the herpes virus for their entire life but have no idea they’re carrying it. Other people have recurring outbreaks that are uncomfortable, irritating, and frustrating—but they aren’t going to cause long-term damage, with the caveat that an active herpes outbreak during pregnancy can be very dangerous. Is it annoying? Absolutely. Would most people prefer not to have a herpes infection? Probably. But is it the worst thing ever? Nope.

If you’re pausing on that last paragraph, you’re not alone. Many of us have been taught that herpes is the worst thing that could happen to a sexually active person. As a result, so many people have strong emotional reactions when they’re diagnosed with herpes. They might think they’re “dirty” or that they’ll never be able to have sex again or that people will be disgusted by them. I know, because as a certified sex educator, I’ve counseled a lot of people who have had these thoughts.

A sense of shame is a common reaction to any STI diagnosis. But it’s not because STIs are the worst thing that can ever happen to you. In many cases, they don’t affect your life much at all. These feelings happen because of STI stigma, which is the prejudice against people who have had or currently have an STI. STI stigma centers on the false belief that an infection in your genitals is somehow morally worse than an infection anywhere else in your body. It’s based on the idea that sex, and especially sex outside of heterosexual, monogamous marriage, is immoral, wrong, and “dirty.”

If you believe that any sex outside of those parameters is wrong, then STI stigma makes sense. (I disagree, but it’s your right to feel that way.) But if you believe that other types of sex are not only not wrong, but actually can be really fun and enriching, then why hang on to this idea that people with STIs are shameful?

But there’s a difference between logic and emotions, I know. Our emotional brains often overwhelm our logical brains and we’ve been conditioned to freak out about STIs. So, if you’ve just gotten an STI diagnosis or someone you care about just told you they carry one, it’s okay to let those freaked out feelings surface—for a minute. Feel your feelings so they can get out of your system, and then tap back into your logical brain. Remind yourself that most STIs are curable and that all of them are treatable. Review these CDC statistics about how common STIs are. Find out how to practice safer sex to help prevent passing STIs to your partner(s) by making an appointment with a health care provider at your nearest The Right Time health center. Reach out to your partner(s) to suggest they visit their own health care provider. And then? Know that you’re moving through the world better educated, better protected, and ready to take on whatever life throws you next.

Emma McGowan is a veteran blogger who writes about startups and sex. She's Bustle's sex ed columnist at Sex IDK and a regular contributor to Bustle and Startups.co. Her work has appeared in Mashable, The Daily Dot's The Kernel, Mic, and The Bold Italic. She’s a sex-positive feminist whose hobbies include making patterns and sewing, connecting with other women, and reading at least three books a week.