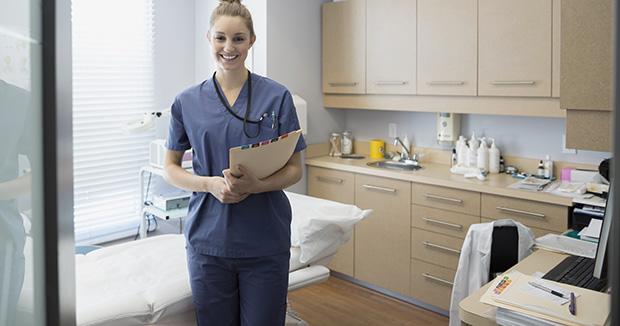 With the right action-plan, two of the most common STIs are preventable and curable.

Two of the most common STIs (sexually transmitted infections) in the U.S., chlamydia, and gonorrhea, are caused by bacteria. We know that the large majority of people who get chlamydia and gonorrhea are under age 26. It’s difficult to know exactly how common these STIs are because lots of people who have them never have symptoms and never get tested—which means they may be more common than we think. That said, we know that each year at least 1 in 50 people aged 15-24 get chlamydia, and about 1 in 200 get gonorrhea. Yup, that’s millions of Americans each year getting one of these STIs.

Part of the reason these bacterial STIs are so common is that they’re really contagious. Remember the pink-eye or lice epidemics that went through school when you were a kid? Bacterial STIs are that contagious, though fortunately they only spread during sex, not during recess. Unfortunately, if you have sex with somebody who’s got a bacterial STI and don’t use a condom or dental dam, chances are good that you’ll get it, too.

Nothing takes the sexy out of sexy times like worrying about STIs, but having a plan to avoid or deal with them will keep you healthier and sexier in the long run. And, bonus, some of the most common STIs can be prevented—and, if you get one, cured by visiting your nearest The Right Time health center. They stock all methods of contraception and offer free or low-cost contraception to those who need it.

Talk about it before anybody’s pants come off. It’s a lot easier to focus on a conversation about STIs before your heart is racing a mile a minute. If you’re considering having sex with someone new, ask them when they last got tested. If they haven’t been tested recently, tell them they’d better get to their provider if they want some action.

Condoms help. Can your birth control help protect you from STIs? If you use condoms, the answer is yes. (Other types of birth control are great at preventing pregnancy but don’t help with STIs.) When used correctly, a condom cuts the chances of getting chlamydia or gonorrhea by more than half. If having the talk about getting tested didn’t happen in time, you can insist on using a condom.

What does it mean to use a condom correctly?

I heard I can’t get it if we only have oral sex. Sorry, not true. The bacteria that cause STIs can’t tell the difference between a throat and genitals. Kissing, on the other hand—even serious French action—seems to be safe territory.

He’s circumcised, so he’s clean, right? Nope. Recent research has shown that circumcised men may get and spread HIV more slowly compared to men who are not circumcised. But there’s no evidence that being circumcised makes any difference for getting or spreading a bacterial STI.

I’m gonna wash that STI right out of my… No dice. Washing the genitals, mouth, or butt after sex does not protect against any STI. Neither does douching.

But he/she looks totally healthy… and delicious. There’s no way to know if somebody has an STI by looking. Many people with a bacterial infection don’t even know themselves that they have it, which is one reason the CDC recommends that everybody in the U.S. under age 26 gets tested for chlamydia every year.

Plan B: Get tested—and treated, if necessary

Maybe the hook up has already happened and you need to know what you can do now to protect your health. Even if you don’t have symptoms, it’s important to get tested. In women, an untreated bacterial STI can lead to pelvic inflammatory disease (PID), which can cause pain and scarring in the fallopian tubes. Scars can also block the tubes and make it difficult for some women to get pregnant when they’re trying to.

Luckily, chlamydia and gonorrhea are easy to detect and easy to treat. Testing is painless. Find a health center near you, pee in a cup, and hand it over to the staff. They may be able to tell you a result right away or within a few days. Getting treated is easy too—you just take the prescribed antibiotic pills.*

What about that awkward moment when you have to tell somebody else they may have an infection? Here are some tips for letting a partner know in person, over the phone or online.

If you would prefer to go to a health care provider you already know—maybe a place where you’ve gotten prescription birth control or condoms in the past—you can talk to your provider about STI testing without shame. It doesn’t have to be about whether you’re worried you have an STI—it can be as simple as, “Hey, I heard I should get tested for this every year. How about it?”

Bacterial STIs are too common to ignore, and nothing’s hotter than being on top of your health.

*You may have seen warnings about strains of gonorrhea that are resistant to all antibiotic drugs. While this is something to keep an eye on, fortunately at this point it’s not a problem in the U.S. The CDC has more information about these strains if you want to learn more.

Corinne Rocca, PhD, MPH, is an Epidemiologist at the Bixby Center for Global Reproductive Health at the University of California, San Francisco. Her wish is that all young women have the information they need and feel empowered to protect themselves from both unintended pregnancy and sexually transmitted diseases. Research aside, she loves hiking and recently climbed Mount Kilimanjaro.