5 Myths About the IUD, Busted 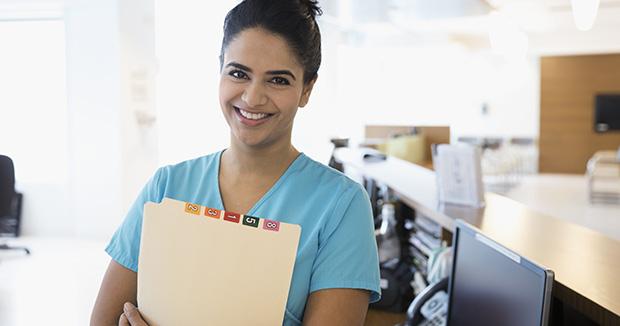 U.S. women are catching on to the awesomeness of IUDs—but sometimes old myths die hard.

After years in unofficial exile, the IUD is finally making a much-deserved comeback in the U.S. The device got a bad reputation mostly due to health problems women experienced using the creepy-looking Dalkon Shield, a poorly designed model of the IUD that’s been off the market for decades. Fortunately, medical providers and researchers, with the help of the media, are making major progress in spreading the word that new models of the IUD are safe, low-maintenance, super-effective, and can be used by most people with a uterus.

In spite of all the good news about IUDs, there are still lots of myths and misunderstandings about it rattling around the internet and even among health care providers. Here are 5 of the most common myths I’ve heard—and the reality behind each. For more information on obtaining an IUD for free or at a low-cost, visit your local The Right Time health center.

Myth 1: The IUD is dangerous—it can cause infections and infertility.

The World Health Organization (WHO) has conducted study after study with thousands of women around the world, and all the evidence disproves this myth. The data are totally conclusive: overall, women using an IUD have no increased risk of pelvic infection or infertility compared with women who used other types of birth control (with the exception of condoms, which protect from sexually transmitted infections, a.k.a. STIs). If a health care provider tries to tell you that it’s not safe for you to use an IUD, get a second opinion.

On a side note, the WHO studies did discover a factor that is related to infertility: Chlamydia, a common and often silent STI. So get tested before starting a new relationship, and make sure your partner gets tested, too! It’s as simple as peeing in a cup or getting a quick swab. If you’re not in a monogamous relationship—no matter what kind of birth control you use—you should always use a condom to prevent STIs.

Myth 2: The IUD is a big commitment—it’s best for women who are older, married, or already have kids.

One of the best things about the IUD is how long it can last—between 3 and 6 years for the hormonal options (Mirena, Skyla, Liletta, and Kyleena) and up to 12 years for the non-hormonal IUD (Paragard). But there’s no minimum requirement for how long it has to stay in—you can have an IUD removed at any time on request. Generally, it’s as simple as a trip to the health center, a gentle pull on the strings, and voilà! The IUD is out.

If you have an IUD removed, remember that the contraceptive effect wears off immediately. If you’re sexually active and don’t want to get pregnant, start another method pronto. Depending on what method you switch to, you may even want to start using it before having the IUD removed.

Some out-of-date providers won’t insert IUDs for teens or people who haven’t had kids—fortunately, many are catching up with the times. A number of concerns about IUDs for young women are related to Myth 1. Providers may worry that younger people have higher rates of STIs, which, if untreated, can lead to infertility—but as I noted above, research has shown these fears to be totally baseless when it comes to the IUD models on the U.S. market today.

Myth 3: Getting an IUD is all pain, no gain.

Pain is subjective and IUD insertion pain varies a lot from person to person. It’s hard to know how you will respond ahead of time, but if you’re worried about pain, talk with your provider.

While there are some things that can help make the insertion process more comfortable, unfortunately, there is no magic pill to make it totally painless for everyone. Our bodies are wired differently. Some people, especially if they’ve had a baby, find IUD insertion no more uncomfortable than a pap smear. Others, especially if they haven’t been pregnant or have a history of very painful periods, can have very strong cramps during the insertion and the period following it.

Part of what can make an IUD insertion uncomfortable is opening the cervix when it is closed—it can feel a lot like a strong menstrual cramp. (No coincidence, since menstrual cramps are caused partly by the process of the cervix opening.) So here’s one thing that does help: schedule the IUD insertion when your cervix is naturally a little open. This happens twice during each menstrual cycle—during your period and during ovulation. Of course, you don’t have to schedule insertion at one of these times, but it may reduce discomfort.

As for discomfort after insertion, it should be minimal by the time you head home. If you have cramping over the next few days, ibuprofen and a heating pad can make a difference. If you still have pain after a few weeks, or the pain is severe, check in with your provider.

Myth 4: You need to get a Pap smear before getting an IUD.

Pap smears are unrelated to birth control, including IUDs. If you’re due for a Pap smear, it may be convenient to do it at the same time as an IUD insertion, but if everything looks normal, there’s no need to get the results back first. Even if you’ve had an abnormal Pap result in the past, you can use an IUD.

Myth 5: Your partner will be able to feel the IUD poking him.

The IUD is placed inside the uterus, at the very top (called the fundus), so it should be out of the way where no partner should ever run into it! Plastic strings are attached to the end, which run through the cervix and outside into the vagina. The strings should be left long enough to be tucked up behind the cervix. The average vagina is about 6 inches long, and the cervix is at the very top of the vagina. The strings are soft enough that they shouldn’t bother you or your partner, though some people say they can feel them during sex.

If you or your partner are experiencing discomfort when you have sex, go to your health care provider to make sure the IUD is placed properly and not partially sticking out of your uterus (a.k.a. expelling). It is also possible that the IUD’s thin, flexible strings are in an awkward position and just need to be adjusted.

The IUD is the Mercedes-Benz of modern contraception—its safety, efficacy, and other benefits are amazing. If you’re looking for a highly effective, no muss, no fuss contraceptive, look no further. And if you know someone who still thinks IUDs are old clunkers, send them this article!

Maria Isabel Rodriguez, MD, is an Obstetrician/Gynecologist and a clinical fellow in Family Planning at the University of California, San Francisco. She likes working with women of all ages and believes that reproductive health is critical to not just the health of women, but making healthy families and happy communities. She surfs badly, but likes it anyways. Dr. Rodriguez is a faculty member at UCSF. However, the views and opinions expressed herein do not necessarily state or reflect those of the Regents of the University of California, UCSF, UCSF Medical Center, or any entities or units thereof.