Which IUD is Best for You? 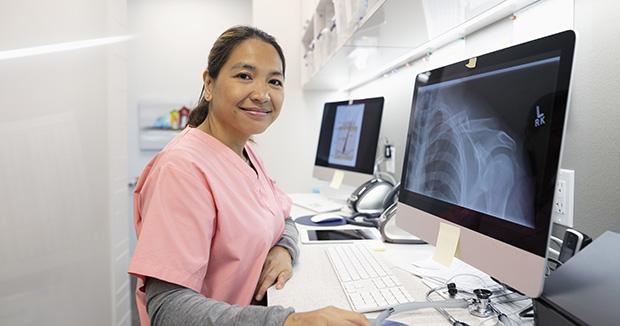 There are a bunch of IUDs on the U.S. market, and they’re not one-size-fits all. Let us help you explore your options.

Here’s a secret: female doctors and family planning providers are way more likely to use IUDs than U.S. women overall. Maybe it’s because they know the intrauterine device (IUD) is safe, low-maintenance, and super-effective.

There are two different types of intrauterine devices (IUDs): hormonal and non-hormonal. There are currently four brands of hormonal IUDs—Mirena, Skyla, Liletta, and Kyleena—and one brand of non-hormonal IUD, Paragard. You may have heard about the different brands in the media, but, fancy TV commercials aside, what’s the difference between them and is one of them right for you? Here's some information that might be helpful. For more personal guidance and counseling, visit your closest The Right Time health center.

First things first: What’s the same about all IUDs?

Let’s start by looking at what hormonal and non-hormonal IUDs have in common:

How are the hormonal IUDs different?

Many people who start using a hormonal IUD have irregular bleeding for the first 3-6 months after placement. This bleeding is usually more like spotting—light and not painful. But you may not be able to predict your periods for the first several months, so wear black underwear! After 6 months, some hormonal IUD users get very light periods or no period at all. If not having a period every month would make you sick to your stomach worrying that you’re pregnant, you might prefer a non-hormonal IUD.

So what are the differences between the hormonal IUDs?

Mirena is the hormonal IUD that’s been around the longest, and it’s also the one proven to last the longest (up to 6 years according to recent research!). Mirena was originally approved for women who’d had children, but lots of studies have found that it’s perfectly safe and effective for women who’ve never been pregnant. Mirena is commonly recommended to help manage heavy or painful periods. It may also help reduce bleeding caused by fibroids and endometriosis. For many people who use it, their periods get significantly lighter or go away completely. About one in five Mirena users stop having a period after a year, and one in three if they use it for longer. A 2016 study found that you may be able to predict how likely it is that Mirena will make your period go away based on how heavy your pre-IUD cycle is.

Liletta is a lot like Mirena—same dose of hormone, same lighter or nonexistent periods. Right now it’s approved for use for up to 3 years, although the manufacturer plans to keep upping that as new research rolls in. To date, research has confirmed that Liletta works for at least 5 years. It’s also explicitly approved for women who have not had a child. The main benefit of Liletta is that it is more affordable than the other hormonal IUDs, especially for those with grandfathered health insurance plans and those without health insurance.

There’s a reason we’ve referred to Skyla as Mirena’s little sister. It’s slightly smaller, has a lower dose of hormones, and lasts up to 3 years instead of up to 6. Skyla can make periods lighter, but most Skyla users won’t have their period go away altogether. Only one in 17 stop having a period after a year, and about one in eight have no period if they use it for longer. Because Skyla is slightly smaller, it has a narrower inserter, so insertion may be less uncomfortable for those who haven’t had a child.

If Skyla is the baby of the family, Kyleena is the middle sister. It’s the same size as Skyla, but releases 17.5 micrograms/day of levonorgestrel—more than Skyla’s 14 micrograms/day and less than Mirena’s 20 and Liletta’s 19. Kyleena lasts up to 5 years and about 1 in 8 people who use it will stop having periods after a year.

How about the non-hormonal IUD?

The Paragard non-hormonal IUD prevents pregnancy thanks to a tiny copper filament wrapped around the T. Paragard contains no hormones of any kind—it’s the only super-effective non-hormonal birth control method around. Paragard also works as highly effective emergency contraception, so if you’re considering an IUD and have had an emergency situation in the last 5 days, that could be another point in its favor.

Most people who use Paragard have heavier, longer, or crampier periods, especially for the first few months. After 6 months, many Paragard users’ periods return to normal. If you already have really heavy or uncomfortable periods, or you are anemic (too little iron in your blood), you might prefer a hormonal IUD.

The bottom line? IUDs are safe, effective, and totally reversible. Whichever IUD you and your provider decide is best for you, we all win with more long-lasting, low-maintenance birth control options available.

Sara Kennedy, MD, MPH, is an Obstetrician/Gynecologist in Oakland, California. Originally from Pennsylvania, Sara has studied and lived around the world, including a residency at Northwestern University in Chicago and a master’s degree in Australia, where she met her husband! Sara is passionate about women's health, particularly helping women in vulnerable situations obtain the knowledge and resources they need in order to control their reproductive health.