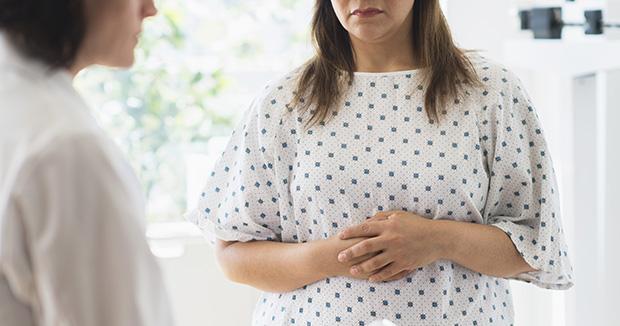 So many pregnancy myths to bust, so little time…

We got so many questions about pregnancy scares in the comments of the original “Um, can I get pregnant if…?” that we decided it was time for part 2. Last time we talked about specific sex acts that could lead to pregnancy—this time we’re talking the chance of pregnancy in various circumstances. (SPOILER ALERT: If you’re not using birth control, you can.)

Can I get pregnant if I was drunk or high when we had sex?

Yes! Being drunk or high when you have sex has nothing to do with the biological chances of getting pregnant. Since being drunk or high probably makes you or your partner less likely to remember to use that condom or take that birth control pill, it may actually increase the chance of a pregnancy. If being drunk or high is part of your regular scene, consider doubling up to be super-safe with condoms and a party-ready birth control method like the implant, the IUD, or the shot.

Can I get pregnant if we’ve been having sex without birth control and haven’t gotten pregnant yet? Maybe I’m infertile.

Up to 1 in 6 young people believe that they may never be able to get pregnant or get a partner pregnant. In reality, less than 1 in 100 young and healthy people are truly infertile. Having sex without birth control and not getting pregnant means you got lucky. You may get lucky multiple times, but this does not mean you are infertile. It means you are pushing your luck: 95% of young couples who have sex once a week are pregnant within a year. Most of us have heard that “it only takes one time.” While that’s true, there are a lot of factors involved, and most couples who are actively trying to get pregnant get there within 6 months.

Can I get pregnant if I had an STI when we had sex?

Having a sexually transmitted infection (STI) like Chlamydia, gonorrhea, or trichomoniasis does not change the chances of pregnancy. A guy’s sperm still swim just fine, and a woman’s egg will be healthy, despite the infection.

Now, having repeated and untreated infections over time can increase a woman’s chance of infertility, which is why your health care provider recommends that all sexually active women under age 26 get tested for Chlamydia and gonorrhea once a year.

Can I get pregnant if I’ve been raped?

There have been some bizarre statements to the contrary, but let me assure you that there is no mechanism in a woman’s body to prevent a pregnancy resulting from rape. In fact, this myth is so inaccurate and dangerous that the American College of Obstetricians and Gynecologists made a public statement condemning the whole thing. Women can’t control the release of an egg, whether that egg is fertilized, or whether it goes on to become a pregnancy—and it makes zero difference if it was rape or consensual sex.

Can I get pregnant if my guy masturbated before we had sex?

Can I get pregnant if I just stopped using the pill (or patch, or ring, or IUD, or implant…)? Doesn’t my body need to readjust first?

When you stop using most hormonal methods of birth control, you can get pregnant right away. It doesn’t matter how long you’ve been using the method. For women who stopped using one of these methods, most are pregnant within 6 months. And that’s exactly the same for women who stopped using condoms, fertility awareness, or any other non-hormonal method.

Keep the questions coming…. We’ll try to keep up!

Grace Shih, MD, MAS, is an Assistant Professor at University of Washington. She completed her family medicine residency at Brown University and her family planning fellowship at University of California, San Francisco. When she's not seeing patients, you can find her cooking, playing guitar, or traveling with her family.