Ovarian Cysts: No Biggie, But Birth Control Can Help 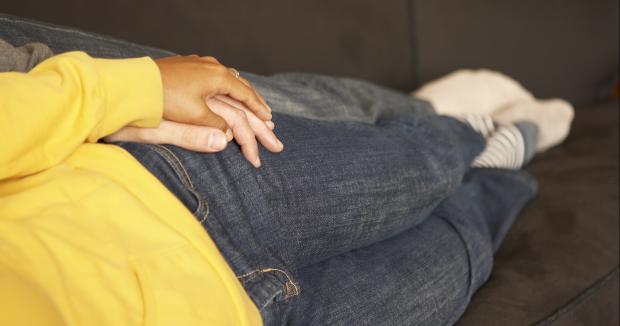 Everything you never wanted to know—but probably should—about your ovaries.

Patients almost always have the same look on their faces when we talk about ovarian cysts. It’s that look of, “OMG, I have a ticking time-bomb in my pelvis!”

The good news is that this imaginative view of an ovarian cyst is far worse than the reality. If you have ovaries, there’s a good chance you’ll have a cyst at some point or another, and a good chance you won’t even know it if you do. But what do ovarian cysts have to do with birth control? Many hormonal contraceptive methods—such as the pill, the patch, the ring, and the shot—affect the ovaries. These methods lead to fewer cysts, while other methods can cause more. Let’s start with a quick review of what’s going on “in there, down there.” If you have more questions, talk to a provider at your nearest The Right Time health center.

If you have a typical menstrual cycle, an egg is released from one ovary each month. This process is ovulation. To get the egg ready for release, a sac filled with fluid develops around it (fancy name = follicle). When a follicle grows larger than expected, it is called a functional cyst*. A cyst is basically a bubble—a collection of fluid with a thin wall around it.

So, what does “larger than expected” mean? Cysts are usually half an inch to one inch in size—pretty small. But since an ovary is usually about the size of an almond, a cyst may double the size of the ovary to which it’s attached. Most of the time, the body reabsorbs this fluid within a few months and we are none the wiser. Sometimes a cyst can cause symptoms, such as:

If your health care provider finds a cyst on your ovary during a pelvic exam or ultrasound, most of the time you can be reassured that it will disappear on its own. You may want to have a follow-up visit to make sure.

Less often, a cyst keeps growing and becomes a problem. It’s important to know the warning symptoms of a more serious cyst:

These are reasons to see a health professional right away. Complications of ovarian cysts are rare, but if you have one with one of these symptoms, you could be experiencing ovarian torsion (when a large cyst causes the ovary to twist) or rupture (when the cyst opens and may cause bleeding).

Where does birth control come in?

One of the main ways hormonal birth control prevents pregnancy is by stopping ovulation—so the egg never leaves the carton, so to speak. The pill, the patch, the ring, and the shot are the most reliable at blocking ovulation, so using these methods may mean fewer ovarian cysts. If you tend to get ovarian cysts, your provider may recommend one of these methods to prevent future cysts.

The progestin-only or mini-pill has an unpredictable effect on ovulation and may lead to more cysts. These almost always disappear on their own, but if you’ve had problems with cysts in the past, the mini-pill may not be the best contraception for you. Norplant, an old contraceptive implant that’s no longer available in the U.S., also had this side effect. Studies of the implant that’s currently on the market (Nexplanon) suggest that cysts are less of an issue.

Birth control has other benefits.

There are other ways birth control can contribute to ovarian health too. The pill reduces your risk of ovarian cancer by at least 40%—and the longer you use it, the more it helps! This is true even if you have a family history of ovarian cancer. And since the patch and the ring have the same combination of hormones as the combination pill, we expect they also protect against ovarian cancer. All hormonal methods, including the shot, the implant, and the hormonal IUD, also protect against endometrial cancer (cancer of the uterine lining). So, for all those years you don’t want to be pregnant, choosing a highly effective method of contraception can also be a smart move toward a healthier future.

*What if it’s not just a functional cyst? There are other types of cysts that can grow on the ovary. These often need additional medical attention, including surgical removal, but are far less common than functional cysts. Most of these are benign, meaning not cancerous, but some extremely rare ones are cancerous. If someone in your family had ovarian cancer, it is important to tell your provider.

Robin Wallace, MD, is a Family Physician for the San Francisco Department of Public Health and is currently a clinical fellow in Family Planning at the University of California, San Francisco. As the middle of three daughters in her family, she has always been a passionate advocate for girl power and women's health, and appeared as Captain Contraception for a super heroes party in medical school.