5 Myths About Pulling Out, Busted 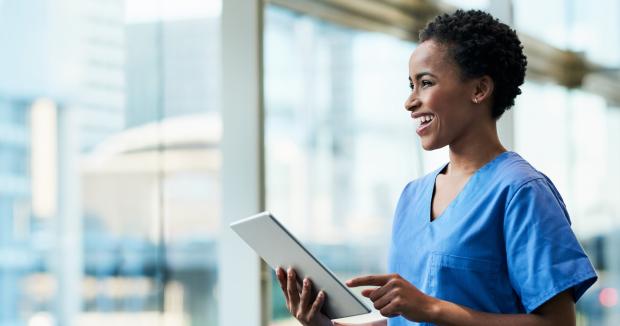 Who you gonna call? Mythbusters!

The withdrawal method, a.k.a. pulling out sometimes gets a bad rap—some people don’t even consider it a “real” method of birth control, even though 60% of couples have used it at least once. Because pulling out is often dismissed as “better than nothing” by researchers, we don’t know as much about it as we do about some other methods. But before you write it off, consider talking to an expert at your nearest The Right Time center — they can make sure you’ve got your facts straight.

Myth 1: Pulling out doesn’t work, so don’t even bother.

Out of 100 couples who were withdrawal rock stars—meaning they pulled out correctly every time they had sex—about four of them would get pregnant in a year. But it can be a challenge to pull out for lots of reasons, and most people have days when they’re not feeling like rock stars of any kind. That’s why out of 100 average couples using withdrawal, 22 will get pregnant in a year.

It’s not that pulling out doesn’t work in principle—it’s that it’s challenging to pull out just right every single time. Condoms and the pill aren’t so different that way—they’re great in a world where we always use them perfectly—but the reality of our lives is often busy, complicated, and not so perfect. Still, pulling out is a lot better than nothing—in fact, it’s nearly as effective at preventing accidental pregnancy as condoms alone.

Myth 2: Pre-cum is safe—it doesn’t have sperm in it.

First off, we have very limited scientific information about pre-cum so there can be confusion about it even among experts. Three small studies from years ago found no sperm in pre-cum, but there were only 43 guys in all of these studies combined. Some of the men in the studies had health problems, and it appears that the pre-cum samples they provided were not analyzed immediately so it may have been it difficult to tell if their sperm were swimming normally.

A more recent study had 27 healthy guys, some of whom gave multiple samples of pre-cum. The researchers analyzed the samples immediately and found that about a third contained live, swimming sperm. Popular advice says that sperm found in pre-cum may come from a previous ejaculation and can be flushed out when a guy pees, but the guys in this study who had peed after their last ejaculation still had sperm in their pre-cum. The bottom line is that this study can’t tell us whether pre-cum can cause a pregnancy, but it does tell us that it might. It also suggests that pulling out may work better for some guys than others—but unless you have a pre-cum sample and awesome microscope skills, you can’t tell which group a guy is in. This may be part of why even withdrawal rock stars sometimes have accidental pregnancies.

Myth 3: Only irresponsible people use the “pull out” method.

Sixty percent of women ages 15-44 in the U.S. have used withdrawal at some point. In the most recent US national survey, 5% of couples using any type of birth control were relying exclusively on pulling out. If you count couples using another method plus pulling out, about 10% of people use withdrawal. Because people sometimes don’t consider pulling out a method, they may not mention it when asked about birth control use, so even this number may be low. In other words, people of all ages in all types of relationships are using withdrawal to prevent pregnancy.

Myth 4: There’s nothing good about pulling out.

Pulling out may not be the most effective method, but that doesn’t mean it doesn’t have perks. No hormones, no cost, no advance preparation, no prescription, no visit to the store or health center, can be used spontaneously, great option when you don’t have another plan… people have all kinds of reasons for using it. For women who have struggled with vaginal infections like bacterial vaginosis, pulling out may also help prevent recurrent infections.

Myth 5: Pulling out is easy.

It takes practice, learning, communication, and back-up plans to use withdrawal like a pro:

If effectiveness is your #1 priority, withdrawal might not be right for you—maybe not right now, maybe not ever. But a lot of your sisters are out there doin’ it for themselves, and not everybody hates it or gets pregnant on it. Is it perfect? Nope. But it is an option that you can use any time, anywhere.

Yvonne Piper, MLIS, MS, RN, FNP has her dream job as a primary care provider at Lyon-Martin Health Services in San Francisco, CA. She has TA'ed two rounds of UCSF's Coursera class on Contraception and loves helping her patients choose the best birth control method for their crazy-busy lives. When she isn't at work she can be found lifting at her Crossfit box, hanging out with her pet rats, or volunteering as a trainer with San Francisco Sex Information (SFSI).